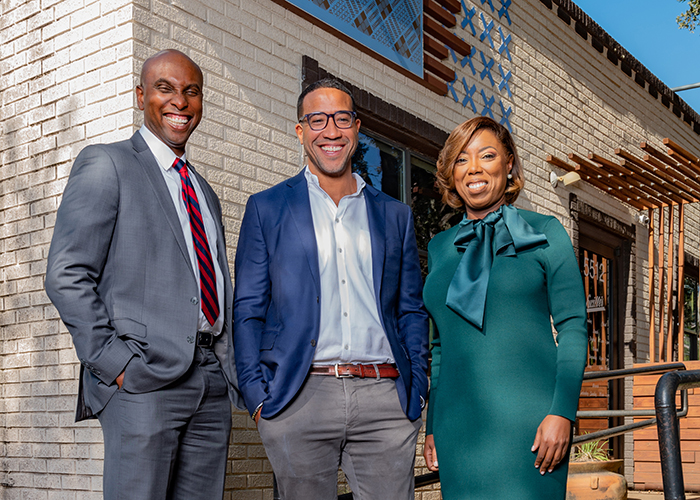 After nearly a decade serving Southern cuisine and achieving national accolades, Lucille's came close losing its flagship restaurant in Houston’s Museum District. It stepped into the national spotlight after holding a meeting between now President Joe Biden and George Floyd's family, and the light has not dimmed since.

However, its future flashed before chef-owner Chris Williams' eyes when he got the call in April from his landlord that they were selling the property. Desperate to save his business, Williams thought he found a great deal—until he reconnected with Amegy Bank executive vice president and regional commercial banking manager, Jevaughn Sterling, who broke down the deal more clearly.

"I don't have a financial education, but [Sterling] walked me through these things so I could understand it. And he showed me how terrible the options are for people of color," Williams said. With Sterling's help, Williams secured a loan with Amegy Bank and was able to negotiate a deal with his landlord because of the number of repairs that went unfixed.

Now, Williams owns the land that his comfortable 1923 Museum District bungalow sits on.